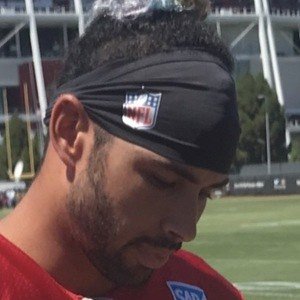 Wide receiver who made his NFL debut with the San Francisco 49ers in 2018. He was drafted in the second round following a stellar career at the University of Washington, where he won the Jet Award as the top return specialist in college football.

He was a football, basketball and track star at JSerra Catholic High School in San Juan Capistrano, California.

He ended his college career with the NCAA record for most punts returned for a touchdown with 9.

He caught passes from Nick Mullens during his first year with the 49ers.

Dante Pettis Is A Member Of