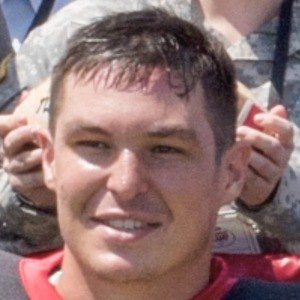 Professional football player who is known for his work as quarterback for the San Francisco 49ers in the NFL. He is also known for his college football career and played for the Southern Miss Golden Eagles football team.

He was a starting quarterback in high school for Spain Park and later went to the University of Southern Mississippi. He made his college debut in 2013 and in May of 2017, he signed with the San Francisco 49ers as an undrafted free agent.

He made his professional debut with the San Francisco 49ers on November 1, 2018 against the Oakland Raiders where he completed a 24-yard touchdown pass.

He is the grandson of Ernie Tabor, former pitcher for the Philadelphia Phillies.

He completed his first professional touchdown pass to Pierre Garcon in November of 2018.

Nick Mullens Is A Member Of