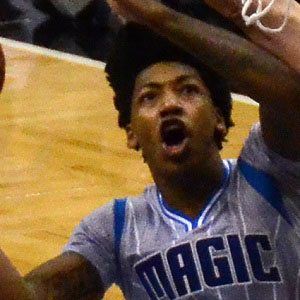 Point guard who was selected 10th overall in the 2014 NBA Draft by the Philadelphia 76ers. His rights were directly traded to the Orlando Magic in exchange for Dario Saric and future draft picks. After over three years in Orlando, he was traded to the Phoenix Suns in 2018.

He wasn't highly recruited by colleges after his basketball career at John Ehret High School in Jefferson Parish, Louisiana.

He starred for Louisiana-Lafayette in the NCAA, earning First Team All-Sun Belt honors in 2013 and 2014 and the Sun Belt Defensive Player of the Year Award in 2014.

He was born to Elfrid, Sr. and Danielle Payton. His father played for the Canadian Football League. He has five siblings: Courtney, Shamyra, Ashley, Erin and Brianna.

He became teammates with 2013 first rounder Victor Oladipo on the Magic in 2014.

Elfrid Payton Is A Member Of