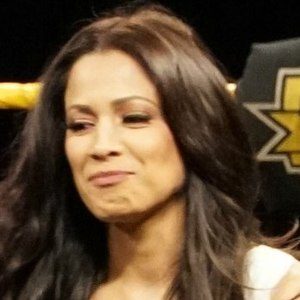 Widely known for her time as backstage interviewer and ring announcer for WWE's NXT brand. She began her time with the brand in 2014, and originally as a wrestler.

She graduated from the University of Central Florida in 2012 with a dual degree in molecular biology and microbiology. She competed in the Miss America pageant series, and was crowned Miss UCF.

She was also crowned Miss Volusia County as part of the Miss America pageant series. She had previously been active in swimming and gymnastics before a 2014 knee injury.

She was born and raised in Orlando, Florida. Her birth name is Dasha Kuret.

In April 2015, she wrestled alongside Dana Brooke and Becky Lynch in a losing effort during an episode of WWE's NXT.

Dasha Fuentes Is A Member Of