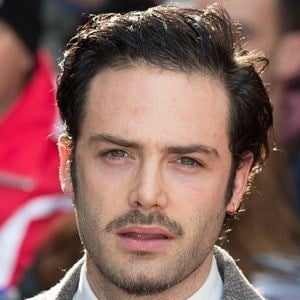 British actor who played Joe Ashworth on the ITV detective series Vera from 2011 to 2014. He has also starred in big screen fare like 2008's RocknRolla and 2016's Bliss.

He attended the National Youth Theatre and dropped out of acting school to appear in Oliver Stone's 2004 biopic Alexander.

He directed a number of short films before making his feature-length directorial debut with 2015's Orthodox.

His mother was a secretary and his father worked at a power plant.

He co-starred with Brenda Blethyn on Vera.

David Leon Is A Member Of