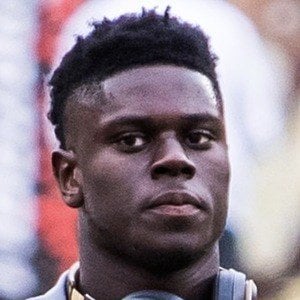 Athletic tight end from the University of Miami who was the 3rd 1st round pick of the Cleveland Browns in the 2017 NFL Draft. Fellow Cleveland 1st round picks included Myles Garrett and Jabrill Peppers.

In addition to playing football in high school, he was a national champion high jumper.

He redshirted his 1st year at the University of Miami, and would only play 2 full seasons at the school before declaring for the 2017 draft.

He is the 7th oldest of 9 siblings born to parents Innocent and Stella Njoku.

He and OJ Howard were 2 of the top tight ends in the stellar tight end class of the 2017 NFL Draft.

David Njoku Is A Member Of