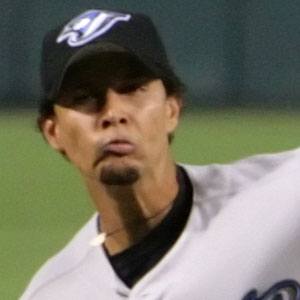 Former Panamanian MLB pitcher who made his Major League debut for the Toronto Blue Jays in 2006.

In his first MLB outing, he pitched 2.2 innings, allowing one hit, no runs, and no walks, while striking out two batters.

An injury stunted his career in 2007 and after a few minor league stints, he was forced to retire.

He was born and raised in Aguadulce, Panama.

He was a teammate of ace pitcher Roy Halladay in Toronto.

Davis Romero Is A Member Of