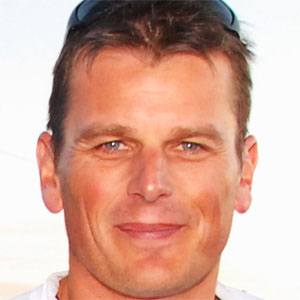 Yachtsman who represented New Zealand at the 2004 Summer Olympics.

He began sailing at a very young age, initially in Optimist and P Class boats.

In 2007 he was the skipper for Emirates Team New Zealand, which finished second in the Americas Cup.

He married field hockey player Mandy Smith in 2004, and they had four children together.

He was part of a New Zealand contingency at the 2004 Olympics that included gold medal winning cyclist Sarah Ulmer.

Dean Barker Is A Member Of