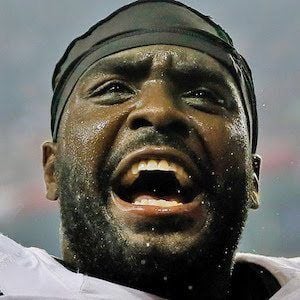 Inside linebacker who was drafted in the third round by the New York Jets in 2012. He recorded 143 tackles during his first two seasons with the team.

He was a First-Team All-Sun Belt Conference selection during his senior season at Arkansas State University.

He made his first career interception by picking off a pass against the Saints on November 4, 2013.

He is the cousin of late NFL quarterback Steve McNair.

His leadership was compared to that of future NFL Hall of Famer Ray Lewis by his coach Rex Ryan.

Demario Davis Is A Member Of