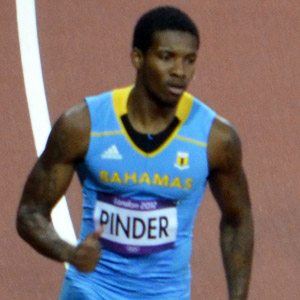 Bahamian sprinter who won his first Olympic gold medal in 2012 in the 4-by-400-meter relay and took silver in the 2012 World Indoor Championships 400 meters.

He was born in Grand Bahama, the northernmost island of the Bahamas.

He competed in track for Texas A&M University.

His parents are Gary and Enamas Pinder, and he has a daughter named Demi.

Won gold in the 4-by-400-meter relay, beating the Americans, who were led by Angelo Taylor.

Demetrius Pinder Is A Member Of