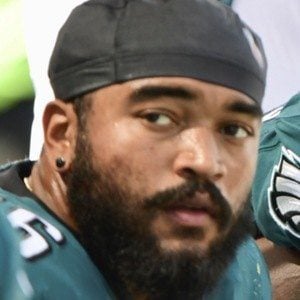 1st round selection of the Philadelphia Eagles who was drafted by the organization to be an edge rusher opposite Brandon Graham. He was First-team All-SEC in 2016 as a member of the Tennessee Volunteers.

He was a four-star recruit coming out of high school. He played for Brentwood Academy.

He was raised by a single mother named Christine Barnett.

He broke the University of Tennessee's career sack record that was previously held by Hall-of-Famer Reggie White.

Derek Barnett Is A Member Of