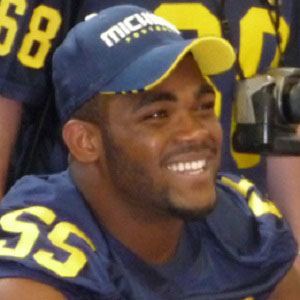 Outside linebacker who made his NFL debut in 2010 for the Philadelphia Eagles after being drafted 13th overall. His forced fumble on New England Patriots quarterback Tom Brady late in Super Bowl LII helped the Eagles seal the franchise's first ever Super Bowl title.

He started playing organized football when he was 7 years old.

He had a standout career at the University of Michigan where he was an All-American in 2009 and led the Big Ten in tackles for a loss in 2008 and 2009.

Chip Kelly became his head coach upon taking over the position for the Eagles in 2013.

Brandon Graham Is A Member Of