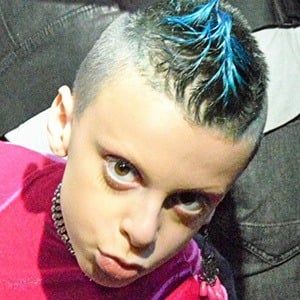 Drag kid and award-winning LGBTQ advocate who is also a fashionista and outspoken gay youth. They chose to raise awareness in the LGBTQ community as they were tired of seeing people afraid to express themselves. Their desmondisamazing Instagram account has accounted more than 160,000 followers.

In 2015, they participated in GMHC's AIDS Walk New York and went viral for dancing in the NYC Pride's Pride March.

They founded their own drag house, the Haus of Amazing. They earned the Marsha P. Johnson Don't Be Outraged Be Outrageous award from Heritage of Pride and a Queeroes Award from Conde Nast Them.

Their real name is Desmond Napoles. They were a toddler when they became interested in drag as their mother was watching RuPaul's Drag Race.

They made their drag debut in the music video of Jinkx Monsoon's "Bacon Shake."

Desmond is Amazing Is A Member Of