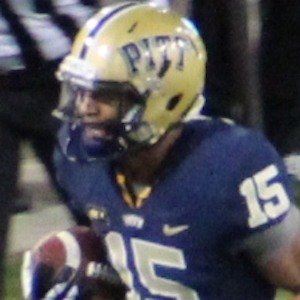 Wide receiver who was selected in the fifth round of the 2014 NFL Draft by the Dallas Cowboys. He played college football for the University of Pittsburgh Panthers.

He attended Liberty High School where he began his football career. While there, he was also a track and field star, becoming a district champion in the long jump.

In 2011, he made 11 catches against the Louisville Cardinals, the most that any Pittsburgh player had made since 2006.

He was born Devin Curtis Street to Ria and Theodore Street in Bethlehem, Pennsylvania.

He caught his first career touchdown through a pass from fellow Dallas Cowboys player Matt Cassel in 2015.

Devin Street Is A Member Of