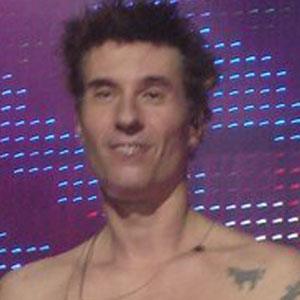 Brazilian singer who is known as the lead singer of the band Capital Inicial.

He had his first music contract when he was eleven years old through Herbert Vianna and Bi Ribeiro.

His first live album called MTV Unplugged was released in 2000.

He was married to model Mary Stockler in 1995 and they had three children.

Dinho Ouro Preto Is A Member Of