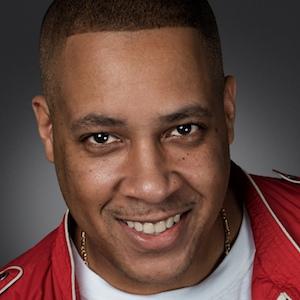 Haitian-American featured DJ on the Miami radio station 103.5 The Beat, he is an energetic and entertaining performer who throws his own parties at the Bamboo Night Club in Miami.

He listened to DJs such as Red Alert and Funkmaster Flex growing up, but it was watching Kid Capri in action that made him believe he could be one of the best DJs in the world.

He won the 2014 Diamond Award for Best International DJ.

He was born Yves Felix in Manhattan, New York. He moved to Florida during his teenage years with his mother.

He collaborated with Pitbull on a compilation album called The Convention.

DJ Epps Is A Member Of