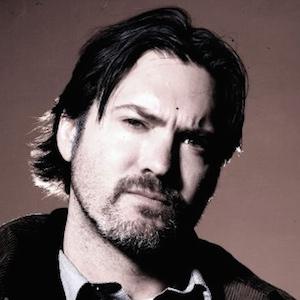 International actor whose film credits include roles in Karma Crime, Passion, Reincarnation, and Darkest Night. As a producer and screenwriter, he worked on such acclaimed films as An Ordinary Killer, Wicked Spring, and Book of Ruth, Journey of Faith.

After graduating from Michigan State University, he made an early screen appearance in a 1996 film called One of Us. Prior to his acting fame, he was an avid soccer player/coach and martial artist.

A businessman as well as an actor, he is the CEO of Collective Development, Inc. which has produced numerous motion pictures in several genres.

He was raised in Lansing, Michigan where he still makes his home between film projects.

He co-starred with Dan Haggerty in the 2009 film Book of Ruth, Journey of Faith and James Russo in the 2015 film The Terrorist.

DJ Perry Is A Member Of