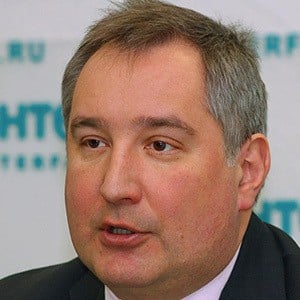 Russian politician who worked his way through the system to become the Director General of Roscosmos in 2018. He served as the Deputy Prime Minister of Russia for Defense and Space Industry from 2011-18.

He earned a degree in journalism from Moscow State University in 1986.

He authored the 2013 book The Hawks of Peace: Notes of the Russian Ambassador.

He married his wife Tatyana in 1983. They have a son named Alexey.

In 2011, he was named the Special Representative on Anti-Missile Defense by Dmitry Medvedev.

Dmitry Rogozin Is A Member Of