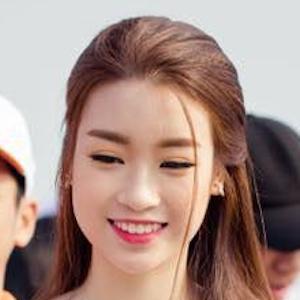 Beauty queen and model who won the title of Miss Vietnam and represented her home country at the Miss World 2017 pageant. She has previously competed in Miss Universe 2015.

She studied at the Foreign Trade University in Hanoi, Vietnam.

At Miss World, she became the first Vietnamese contestant ever to win the Beauty with a Purpose competition.

She has a sister named Do My Anh.

She competed against India's Manushi Chhillar at Miss World 2017.

Do My Linh Popularity

Do My Linh Is A Member Of

Do My Linh Fans Also Viewed