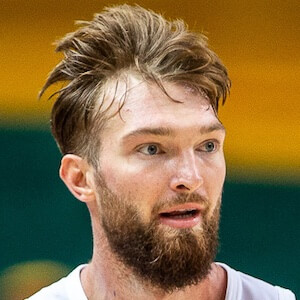 Lithuanian-American power forward/center who stands at 6'10 and was selected 11th overall in the 2016 NBA Draft by the Orlando Magic and promptly dealt to the Oklahoma City Thunder. After a year with the Thunder, he was traded to the Indiana Pacers in 2017.

He first played professionally at the age of 16 for Unicaja Malaga. He played college basketball at Gonzaga University, where he was named to the WCC All-Freshman Team and was a Second-team All-WCC selection in 2015.

He won a gold medal with the Turkish team at the 2011 European Youth Olympic Festival.

His father Arvydas Sabonis was a decorated basketball player, earning six Euroscar Player of the Year Awards in the 1980's and '90's and playing in the NBA for the Portland Trail Blazers.

His Gonzaga team was defeated by Jahlil Okafor and the Duke Blue Devils in the 2015 NCAA Tournament.

Domantas Sabonis Is A Member Of