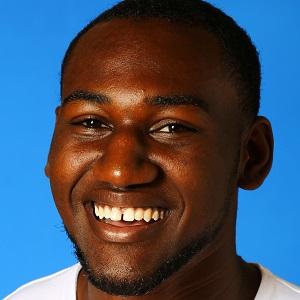 Defensive stalwart for the University of Kentucky Wildcats basketball program who helped his team reach the NCAA championship game in 2014.

He was named Kentucky's Mr. Basketball in 2013 and earned Gatorade Player of the Year honors as well.

He was rated as three-star recruit by both Rivals and Scout.

He and his four younger siblings were born to Denise Hawkins and Doug Farris.

He played behind point guard Andrew Harrison during Kentucky's 2013-2014 season.

Dominique Hawkins Is A Member Of