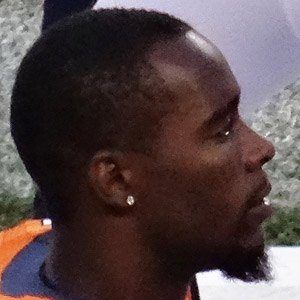 Cornerback who made his NFL debut in 2008 for the Arizona Cardinals, and made his first Pro Bowl in 2009; joined the Denver Broncos in 2013 and in his first year, helped the team secure the top seed in the AFC as well as the AFC Championship.

He was a shutdown cornerback, as well as a track and field star, at Tennessee State University, which led to him being selected with the 16th overall pick in the 2008 NFL Draft.

In just his 13th NFL game, he clinched a Cardinals victory by returning an interception 99 yards for a touchdown.

In 2013 he joined Champ Bailey in the secondary of the Denver Broncos.

Dominique Rodgers-cromartie Is A Member Of