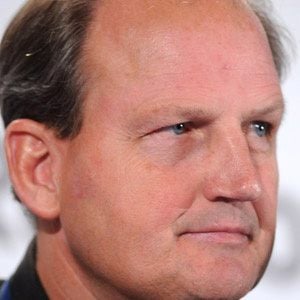 He played college football at Colorado and majored in Fine Arts.

He was drafted by the New England Patriots in 1977.

He fathered two sons with his wife Mary Beth, Matt and Tim, both of whom were drafted into the NFL.

His daughter-in-law, Elisabeth Hasselbeck, gained infamy with television audiences as a panel member on the ABC morning gabfest The View.

Don Hasselbeck Is A Member Of