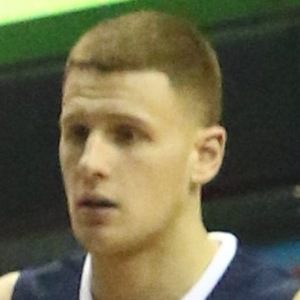 Shooting guard who won NCAA Championships as a member of the Villanova Wildcats in 2016 and 2018. He was chosen by the Milwaukee Bucks with the 17th pick of the 2018 NBA Draft.

He played soccer before dedicating himself to basketball in high school. He won back-to-back state championships with Salesianum School.

He won the NCAA Final Four Most Outstanding Player award in 2018.

His parents are Kathie and John DiVincenzo. He has an older brother named John.

Donte DiVincenzo Is A Member Of