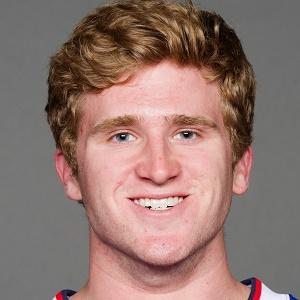 2012 All-American placekicker at Florida State University was drafted in the sixth round by the Buffalo Bills in 2013.

He earned two consecutive All-ACC honors while kicking for Florida State University from 2011 to 2012.

He earned the started role on the Bills his rookie season, but had a disappointing start to his career with a season-ending groin injury before ever taking the field.

He grew up in Austin, Texas with his parents Jim and Karen Hopkins.

He joined EJ Manuel on the Buffalo Bills, after also playing alongside the quarterback at Florida State.

Dustin Hopkins Is A Member Of