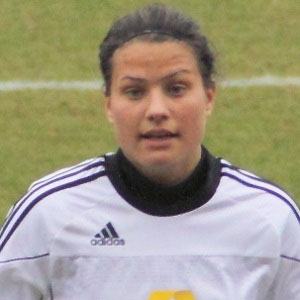 Midfielder who became the youngest player to ever play in the German Bundesliga, debuting with FC Saarbrücken when she was 14 years and 7 months old. She joined the German national team in 2010.

She began her youth career with DJK Burbach in 1996.

She was born in Budapest, Hungary. Her father Janos Marozsan played for the Hungarian national team.

She and French star Louisa Necib entered the 2015 World Cup as two of the top midfielders in the tournament.

Dzsenifer Marozsan Is A Member Of