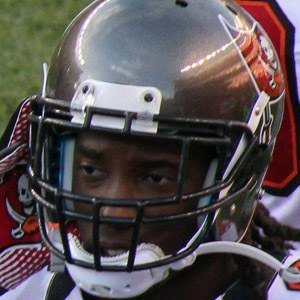 Cornerback who made his NFL debut in 2009 for the Tampa Bay Buccaneers; joined the Washington Redskins in 2013.

He was the Dade County Player of the Year while playing cornerback and quarterback at North Miami Beach High School; he then played college football at Western Michigan.

In his first NFL game he intercepted a pass thrown by Cleveland Browns' quarterback Jake Delhomme.

He was born in Miami, Florida, not too far from where he made his NFL debut.

In 2013 he signed with the Washington Redskins where he joined a secondary that featured Deangelo Hall.

EJ Biggers Is A Member Of