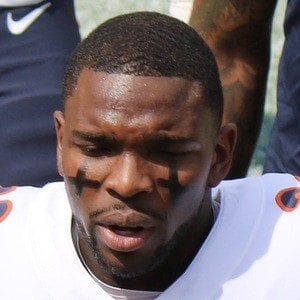 Professional safety in the NFL drafted by the Chicago Bears in the 4th round of the 2017 NFL Draft. He was named the starting free safety for the Bears by head coach John Fox to begin the season.

At the University of Alabama, he began his career as a cornerback. He tore his ACL prior to his sophomore season but returned to play in 11 games that year. He switched to safety as a junior and was named the Defensive MVP of the 2016 College Football Playoff National Championship.

He was born in Lauderdale Lakes, Florida.

He was coached by Nick Saban while at Alabama.

Eddie Jackson Is A Member Of