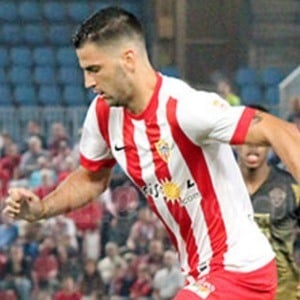 Winger who is famous for his international club career, including in Spain's La Liga and Mexico's Liga MX for Cruz Azul. In 2017, he helped lead Alavés FC to the finals of the Copa del Rey for the first time in the club's history before losing to Barcelona.

He played within Real Madrid's youth academy between 2007-2009. He debuted professionally for Real Madrid C in 2008.

He played for La Liga side Granada during the 2015-2016 season. He scored the only goal of Alavés' semi-final-winning match against Celta de Vigo during the 2017 Copa del Rey tournament.

He was originally born and raised in Arafo, Spain.

He has played as Cruz Azul teammates with José de Jesús Corona.

Édgar Méndez Is A Member Of