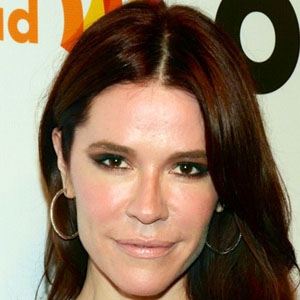 Television and film actress known for her work in such series as Blood Relatives - The Ties That Bind and Black Tie Nights. She also appeared in the films The Finest Hour and Small Town Saturday Night.

When she was just seventeen years old, she moved from her native Iowa to Los Angeles, California, and began her acting and modeling careers.

She took part in Calvin Klein fashion shows in Japan and France.

She was born in Sioux City, Iowa, to a family of Norwegian, Spanish, Czech, and Mexican ancestry. She later gave birth to a daughter named Lillian Trow.

She appeared as a character named Carlita in the 1996 Tom Hanks Film, That Thing You Do.

Elina Madison Is A Member Of