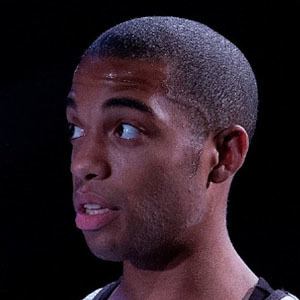 English actor who is best recognized for his feature film appearances including in 2018's Ready Player One. He is also known for having starred in the film Dolittle as Captain Derrick and in the series Jericho as Easter.

Prior to his acting work, he was a rapper. He then attended the Royal Central School of Speech and Drama. He gained further attention in 2009 when he joined several productions of the Royal Shakespeare Company.

He is also a poet and is recognized for his spoken word style.

His father is author and director Trix Worrell.

He starred alongside Robert Downey Jr. and Tom Holland in the 2020 feature film Dolittle.

Elliot Barnes-Worrell Is A Member Of