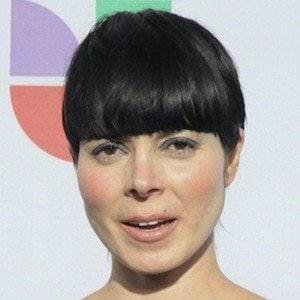 She first started writing music when she was 10 and sang in a band in her teens. She signed with BMG in 1992.

She's composed music for several Spanish-language movies and TV shows and in 2015 was named a UC Regents' Lecturer.

She was born to Alberto Guerra and Gloria Vazquez in Moterrey, Mexico.

She collaborated with Alondra de la Parra on the 2011 album Traviso Carmesi.

Ely Guerra Is A Member Of