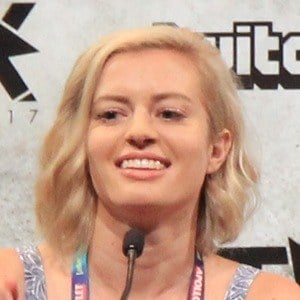 Former presenter for GameTrailers who would become a producer and editor for Funhaus.

She obtained a Bachelor of Arts in Political Science and Government from the University of Toronto in 2009.

She was part of a segment called Mandatory Update for GameTrailers.

She is the wife of James Willems.

She became a part of the Rooster Teeth family with Adam Kovic.

Elyse Willems Is A Member Of