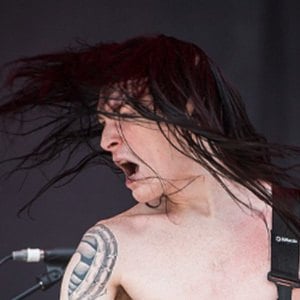 Guitarist for metalcore band Code Orange. He's one of the group's founding members and has played with them since their inception in 2008.

He started playing with Code Orange at the age of 14.

The band's been signed to Deathwish records.

He got his start playing guitar after his parents gave gave him an old acoustic Epiphone guitar when he was 8.

Eric Balderose Is A Member Of