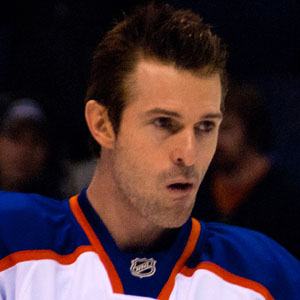 Canadian center who joined the Edmonton Oilers in 2011 after spending one season with the Phoenix Coyotes.

He began playing in the Quebec Major Junior Hockey League in 1994, at age 17.

He was drafted 96th overall by the Los Angeles Kings in 1996.

He has two daughters, Oceanne and Lola, with his wife Alexandra Belanger.

He was briefly teammates with Anze Kopitar during his rookie season with the Los Angeles Kings.

Eric Belanger Is A Member Of