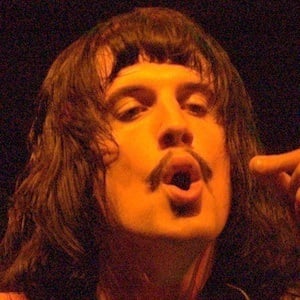 Former lead singer of the rock band Foxy Shazam who gained additional fame as a featured vocalist on the Macklemore track "Downtown."

Foxy Shazam officially formed in 2004, but he and the band were originally going to call themselves Train of Thought.

He has penned songs for Meat Loaf.

He is married with children to Karen Nally.

He was featured on the Macklemore and Ryan Lewis song "Downtown."

Eric Nally Is A Member Of