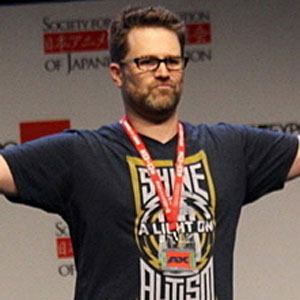 In 1999, he was cast as Trunks in the Dragon Ball series.

He worked as a voice director for series such as The Galaxy Railways.

He has two children with wife Alese Johnson.

He and Greg Ayres both worked as voice actors for Funimation Entertainment.

Eric Vale Is A Member Of