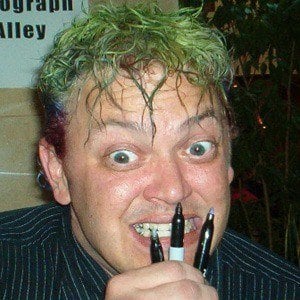 Voice actor best known for his work on the English dubs of Japanese anime series, includong UFO Ultramaiden Valkyrie and This Ugly Yet Beautiful World.

He was raised in Richmond, Virginia.

He has been commissioned by Funimation Entertainment to voice many of its American sister programs.

His brother Christopher Ayres is also involved in the industry.

He and Masashi Kishimoto are both prolific manga writers.

Greg Ayres Is A Member Of