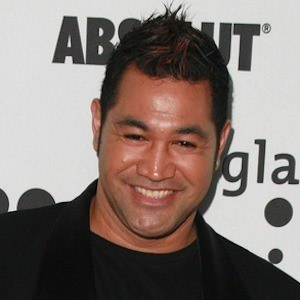 He played collegiate football at Oregon State University where he was also a member of the Pi Kappa Alpha fraternity.

In 2017, he competed on The Voice as a member of celebrity judge Blake Shelton's team.

He and his partner have two children.

During his audition for The Voice, he performed Andra Day's "Rise Up."

Esera Tuaolo Is A Member Of