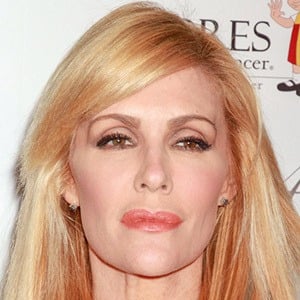 Argentine social media star and music manager who is best recognized for being the manager of recording artist and singer Beto Cuevas. She is also known for sharing her own social media photos including trips she takes and pictures with her family which she shares through Instagram for her over 120,000 followers.

She first started gaining attention in September of 2014 when she started sharing her own content through Instagram. She started her career managing several artists, but started representing Beto Cuevas in 2015 which earned her further acclaim.

She appeared on the cover of Sherman Oaks South magazine in December of 2017.

She was married to Beto Cuevas from 2002 to 2007 and they had a son together named Diego. She also has a daughter named Martina from a previous relationship.

In 2015, she joined the reality show Rica, Famosa, Latina along with Sissi Fleitas, Rosie Rivera and Niurka Marcos.

Estela Mora Is A Member Of