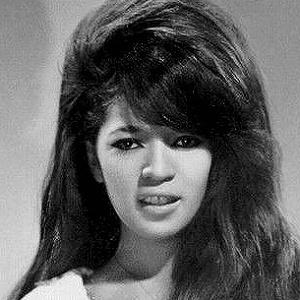 Late singer of the all-girl group The Ronettes, known for hit songs like Be My Baby. After the group's breakup, she suffered from anorexia and had been homeless for a time.

She was performing concerts with her family by age 8.

She gave a brief, two-sentence speech at The Ronettes' induction into the Rock and Roll Hall of Fame in 2007 after she decided she was too frail to perform with the group.

She was a member of The Ronettes along with her sister Ronnie and her cousin Nedra.

She and Chip Fields were both members of The Ronettes.

Estelle Bennett Is A Member Of