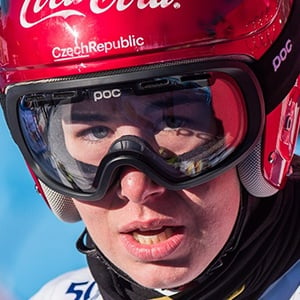 Snowboarder and alpine skier who is best known for having won the gold medal in both super-G alpine skiing and parallel giant slalom in snowboarding at the 2018 Winter Olympics.

She began skiing at the age of four and switched to snowboarding after.

She won the gold medal in parallel giant slalom at the 2017 World Championships.

She is the daughter of Janek and Zuzana Ledecká.

She competed against Anna Veith during the 2018 Winter Olympics.

Ester Ledecka Is A Member Of