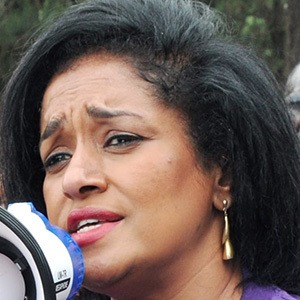 Politician and philanthropist who became the Nairobi County Women's Representative in the bicameral Kenyan parliament. She is a member of the Orange Democratic Movement Party and was previously a candidate for Mayor of Nairobi.

She earned a law degree from the University of London.

In 2016, she was named one of the Most Influential Women in Business and Government by CEO Global, South Africa.

Her father is Greek and her mother is Kenyan. She has 2 children with businessman Pius Ngugi, including a daughter named Makenna.

She became a successful politician with Kenyan ancestry like Amina Mohamed and William Ruto.

Esther Passaris Is A Member Of