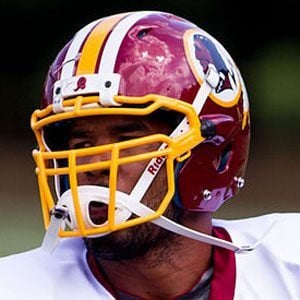 Penn State running back who was drafted in the sixth round by the Washington Redskins in 2011. He was the team's second-leading rusher during his second season.

He was a First-team All-state selection his senior season after rushing for 2,200 years and scoring 30 touchdowns.

He was a Second-team All-Big Ten selection after his 2008 season at Penn State.

He is the son of Ted and Dawna Royster. He grew up with siblings Kyle, Brandon and Ted Jr.

He competed with fellow rookie Roy Helu for the starting running back position on the Redskins in 2011.

Evan Royster Is A Member Of