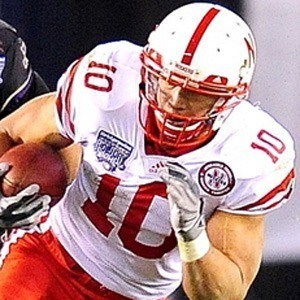 Running back who began his NFL career with the Washington Redskins in 2011.

He played college football at Nebraska before being selected in the 4th round of the 2011 NFL Draft by the Redskins.

He set the Redskins' franchise record for most receptions in a single game with 14 on November 6, 2011.

He was born to Kilistofa and Roy Helu, Sr.

He began sharing a backfield in Washington with Alfred Morris in 2012, when the team signed the undrafted free agent out of Florida Atlantic.

Roy Helu Is A Member Of