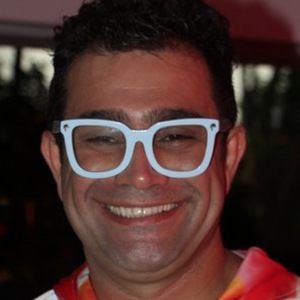 He started working on the program Pânico na TV in 2007.

He was born in Belo Horizonte and he lived there with his uncle until the age of 6 years old. He also lived in Uberaba and São Paulo.

Both he and comedian Dani Calabresa appeared on Pânico na TV.

Evandro Santo Is A Member Of