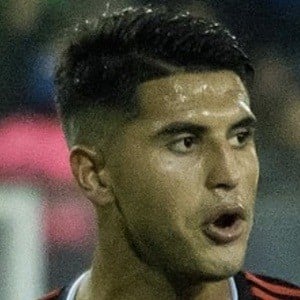 He spent his youth career with River Player before joining their senior system.

He became the subject of numerous Argentine media headlines due to his off the field antics.

He was born Exequiel Alejandro Palacios in Famaillá, Tucumán, Argentina.

He had a highly publicized relationship with Solci Perez.

Exequiel Palacios Is A Member Of