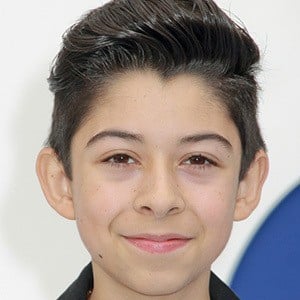 Television and film actor who rose to fame for his portrayal of Mikey Gutierrez on the Netflix comedy series Mr. Iglesias. He also played Demetrio Hernandez on the 2013 series Welcome to the Family.

He made his television debut on a 2010 episode of Grey's Anatomy.

He made an appearance in the 2013 film World War Z.

He was cast on Mr. Iglesias which starred comedian Gabriel Iglesias.

Fabrizio Zacharee Guido Is A Member Of