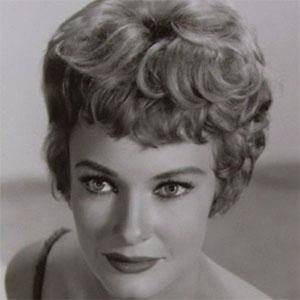 B-movie queen of the 1950s and '60s who appeared in popular features like Dragstrip Girl and The Crooked Circle.

She started her acting in New York, in small theatre work, before breaking out with an appearance on Groucho Marx's game show You Bet Your Life.

One of her few serious parts was in the moll in the critically acclaimed 1959 film Al Capone.

She grew up in Phoenix, Arizona and had a child named Jock Falvo.

She made her last film appearance as a mafia matriarch in The Godfather: Part II, directed by Francis Ford Coppola.

Fay Spain Is A Member Of