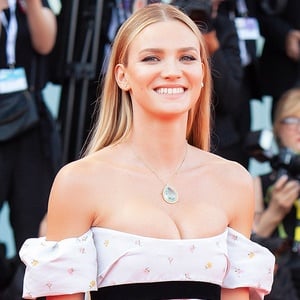 Model and television personality most well known as the host of Wild-Oltrenatura. She has also appeared in shows like Takeshi's Castle and Chiambretti Night.

At only three years old, she began studying piano and as a child became a member of the youth pop group TBand.

She has dabbled in acting, appearing in films like On Air: Storia di un Successo and Tutta colpa di Freud.

She is the daughter of a Milanese candle manufacturer and is one of four siblings. Her brothers' names are Filippo, Federico, and Fabio.

She co-hosted the Forever Together Summer Show with Alfonso Signorini.

Fiammetta Cicogna Is A Member Of